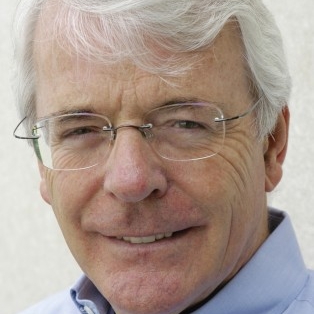 My Old Man: A Personal History of Music Hall

Former Prime Minister Sir John Major takes a dip into his family past to tell the colourful story of British music hall with historian Lord Peter Hennessey.  Sir John uses the story of his father, Tom, a singer and comedian who entered music hall at the age of 21, to tell the history of music hall from Elizabethan times to its Victorian heyday and eventual decline in the 20th century.  He tells of the days when music hall filled venues every night the length and breadth of the land and of how its most popular performers were the highest paid and most celebrated figures in Britain.

Sir John was an MP for 22 years, serving in the Cabinet as Chief Secretary to the Treasury, Foreign Secretary and Chancellor of the Exchequer, before succeeding Margaret Thatcher as Prime Minister in 1990.  Since leaving Office in 1997, he has written three bestselling books, John Major: The Autobiography, More Than a Game, and My Old Man.

Peter Hennessy is Britain’s leading contemporary historian.  His works include The Prime Minister and Distilling the Frenzy, a look at the grand themes running through the 20th and 21st centuries.