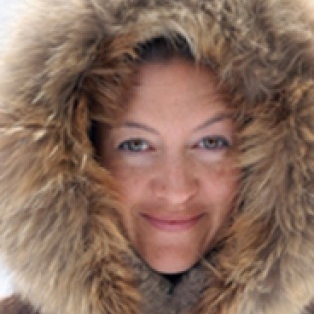 Heart of the Hero: The Women who Inspired Polar Explorers

Acclaimed author and photographer Kari Herbert draws on her own experience of a polar-exploring family to tell the stories of the women in the lives of the great Victorian and Edwardian polar explorers. She looks at the lives of sculptor Kathleen Scott, poet Eleanor Jane Franklin, the first white woman to travel in the high Arctic Jo Peary, Emily Shackleton and her own mother Marie Herbert. Herbert shows how these women played a crucial role in supporting their husbands’ expeditions, often at great peril.

Herbert began her own travelling at the age of ten months when she went to live on a remote island off Greenland with her mother and father, pioneering explorer Sir Wally Herbert. Her memoir, The Explorer’s Daughter, was a Radio 4 book of the week. Herbert’s talk is the first part of a double bill on explorers’ lives and is followed by explorer Robin Hanbury-Tenison on his new collection of accounts by modern explorers.